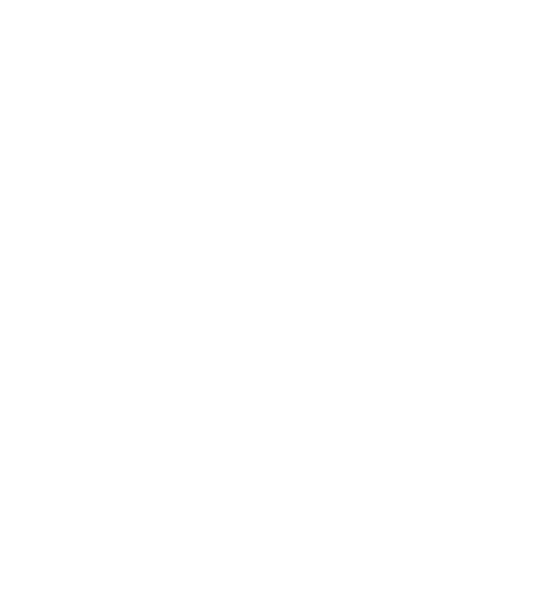 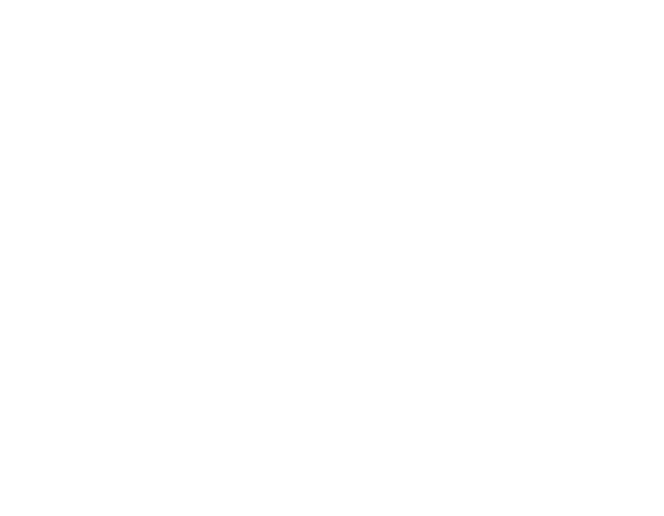 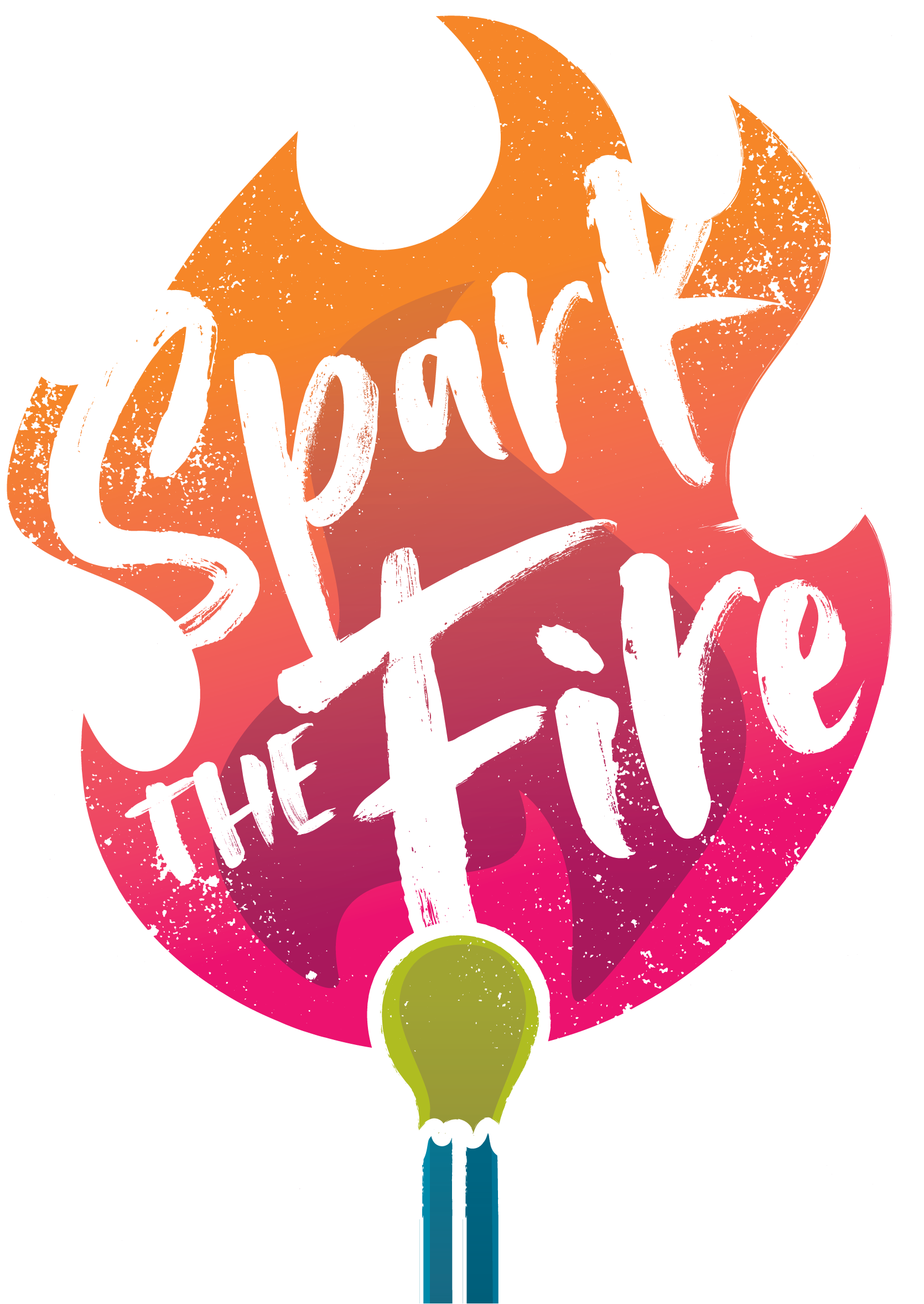 "The path to paradise begins in hell."
-Dante Alighieri, The Divine Comedy
Our hope

In 2020 we are rising from a refiner’s fire. We are surfacing from an unprecedented global pandemic. In Utah, quakes and aftershocks challenged our assumptions of stability.These hardships beg the question: who will we become?Today, we are rising to reconnect. Loss grants us the opportunity to rediscover the love that transcends fear. Sorrow grants us the opportunity to recognize the gratitude for all we have: our inner strength, our beautiful community and our collective resilience.As we work to restore, Utah’s LGBTQ community is rising, contributing our talents, gifts and energy to rebuild and recover. We will Spark the Fire that reignites what has been lost. We are here for you, and you are here for us — enduring turmoil together, rising from suffering into renewal and regenesis.We embody Winston Churchill’s words:“Never let a good crisis go to waste.”

“With the passage of SB103 we are sending a message that every person and every individual in our society is worthy of dignity, respect and love.”
—Governor Gary Herbert April 2, 2019
Our Persistence

No one should be targeted for who they are, or who they love. Efforts to pass an enumerated hate crimes bill began with the late Senator Pete Suazo over two decades ago. Opponents stalled this effort because they warned if “sexual orientation” was ever included in statute, it would legitimize gay lives, and ultimately lead to same-sex marriage.By 2019, our world had changed. Utah finally passed an LGBTQ inclusive hate crimes law, that included both sexual orientation and gender identity. Republican sponsors Sen. Dan Thatcher and Rep. Lee Perry worked alongside their many Democrat colleagues to champion legislation that would protect everyone.In a time of national partisan divide, Utah showed the country another possibility.

LGBTQ people know how to endure the fire and devastation of a pandemic. In the early days of the AIDS plague, gay men were turned away from families, doctors and hospitals. We were abandoned and condemned by churches and the government.In Utah, Dr. Kristen Ries and Maggie Snyder, RN refused to turn away from the suffering.Together, with a coven of nuns, they were the first to treat afflicted gay men with love, compassion and human touch. Their courageous lives were recently documented in the Sundance film, Quiet Heroes by local filmmakers Jared Ruga and Amanda Stoddard.Today, the work to reduce infections and uplift those living with HIV/AIDS continues with the lifesaving work of the Utah AIDS Foundation. Since their founding in the late 80’s, they have worked tirelessly to provide equitable access to HIV and STI education, prevention, treatment and care.The inspiring story of Kristen Ries and Maggie Snyder shows that in a crisis, the best of humanity always chooses love over fear.

For decades, LGBTQ Americans were subjected to so-called “conversion therapies” to alter, change or “cure” a person’s innate sexual orientation or gender identity, which studies have shown can double the rates of depression and triple the rates of suicide. In January 2020, Utah made headlines as the 19th state to ban this harmful practice for minors, and we are by far the most conservative state to do so thanks to Republican lawmakers Rep. Craig Hall and Sen. Dan McKay who introduced legislation to end the practice.When efforts were initially stalled in the Legislature, Governor Herbert stepped in to ensure that sciencewould prevail over politics. He gave the assignment to the licensing Board of Psychologists to draft language to finally ban the dangerous techniques. He said:“I have learned much through this process. The stories of youth who have endured these so-called therapies are heartrending, and I’m grateful that we have found a way forward that will ban conversion therapy forever in our state.”Ending conversion therapy not only protects our young people, but also sends a life-affirming message to LGBTQ youth that they are valued and loved—just as they are.

Not every life is black or white. Not every person fits within the male/female binary. There are those in our community whose presence of life is simply too big to be contained by traditional categories. To be transgender, non-binary or intersex is to understand oneself beyond how we are assigned on our birth certificate. Is it any wonder the word “transcendence” begins with “trans”?Some indigenous cultures recognize the variance of human expression and welcome third gender or “two- spirit” roles and identities. In the United States, we’re still struggling to create space for gender variance in our society. Yes, some of us use “they/them” pronouns. Why?Because we contain multitudes.Locally, we have several advocates working through Transgender Education Advocates of Utah, Trans Action at the Utah Pride Center, the Transgender Inclusion Project, Genderbands in Utah County and the Transgender Advisory Council at Equality Utah. All of these organizations work to honor the dignityof those among us who refuse to be narrowly defined. We recognize that no matter how a person identifies, we are all siblings, all part of the diverse and complex human family.

Last year, the phenomenal Billy Porter performed at the Equality Utah Allies Gala. His message could not have been more prophetic:“It is time to use our powers of authenticity to connect the seemingly unconnected. We are living in a time of uncertainty. It is our responsibility as human beings in this moment toteach the world how to reconnect — how to love again.”Artists, environmentalists and native elders have been warning us for some time that we are not living in equilibrium with the planet. We are divided, disconnected and out ofbalance. COVID-19 may have been our greatest teacher yet, reminding us that we are all tender and interconnected.The people of our world can learn more from our pagans, wiccans, faeries, shamans, earth-scientists and eco-queers.When the immediate crisis has passed, we will sing and dance together again — with greater awareness of our necessity to pull closer, care for our most vulnerable and reimagine how we better live together on planet Earth.

Perhaps musician Michael Franti said it best, “all the freaky people make the beauty of the world.”Queer communitas has always been comprised of artists, misfits, rebels and radicals. For decades, we have lived our lives on the margins — pushed aside, dismissed and exiled.Yet, on these frayed ends of our social fabric, amidst the worn threads and tattered souls, we persist to create an irresistible tapestry. We don’t know any other way. We create impossible joy that challenges everything polite society thought possible.And the invitation from our queer avant garde is always inviting us to question boundaries, defy convention, and become more than we ever thought possible.The beauty of the world shines through us.

Oscar-winning screenwriter Dustin Lance Black (Milk) knows something about cultural divides in America. He grew up in a deeply conservative Latter-day Saint military household. It was not a homelife that was welcoming to a nascent gay adolescent.Through his career as a filmmaker and activist, Lance has worked to bridge the divide between conservative religious traditions and the LGBTQ community. His groundbreaking film Milk, reintroduced activist Harvey Milk to the American consciousness, just as we were entering the final stages of the battle over marriage equality at the Supreme Court.Through this effort, Lance has always championed the role Utah plays in the nation. “It’s clear to the whole country and the entire LGBT movement that we can never take our eyes off Utah” he said at the Equality Utah Allies Gala in 2010, ”Utah is the new bellwether state. If we can show this country, the President and the U.S. Supreme Court that Utah is changing, that Utah is embracing equality, then they will see clearly where history is headed.”And just four years later, Utah became the first state in the nation to overturn a ban on marriage equality.

Historically, gay bars and taverns were the places we discovered and built our community. Joe Redburn opened the legendary Sun Tavern in 1973. Before we had LGBTQ-centric political organizations and community centers, we had bars. These cherished places became crucial hubs to connect socially, gather information and begin organizing.Another critical gathering place was The Utah Stonewall Center, which opened in 1992 to provide a space for the LGBTQ community to gather in safety. In later years, the Center would eventually become the Utah Pride Center, and continue its mission to empower and celebrate our diverse community.Connecting these two spaces is Utah legend, Nikki Boyer. As one of the original bartenders at the Sun Tavern, she went on to own her own bars. Later, she remains one of the pillars of our community, serving on the board of directors for both the Utah Pride Center and Equality Utah.The Sun Tavern was the most prominent and beloved of the early gay bars. It was unfortunately destroyed by a tornado in 1999. But the wrath of god never frightened us. Today, the Sun Trapp pays homage to the original Sun, and continues to be a gathering place for multiple generations of LGBTQ Utahns.The Utah Pride Center dedicated its new building in June of 2018.

The Equal Rights Amendment is the audacious effort to ensure that all women are legally protected in the Constitution of the United States. It takes 38 states to ratify an amendment to the Constitution. In the 1970’s we came close. 35 states voted for ratification. In the past two years, Nevada and Illinois ratified. Earlier this year, Virginia became the historic 38th state, triggering a legal battle.Where will Utah stand?It’s essential that we step up for the legal equality of women. Two polls this year revealed that over 70% of Utahns support ratification of the ERA. So far, the Utah Legislature has been unwilling to act, but our voices must remain steadfast. Use your voice and your vote to remove the remaining barriers to women’s full equality. In 2020, the legal equality of all humans, no matter their sex, is no longer up for debate.Utah will not stand back and watch history being made. We are descendants of women who gave everything to win the vote, not once, but twice. And the next thing they did was write the ERA. Our collective voices will decisively push their efforts over the finish line. Join in with Equality Utah and the Utah ERA Coalition in support of the 28th Amendment, the Equal Rights Amendment.

“Equality of rights under the law shall not be denied or abridgedby the United States or by any state on account of sex.”

Revolution is not a one-time event.

Sometimes when we can’t see the way forward, we need to reflect back.‍As our country wrestles with the gravity of legal and cultural racism, we look to our QTPOC ancestors, particularly lesbian feminist, Audre Lorde. Her words illuminate a path forward.‍“Revolution is not a one-time event. It is becoming always vigilant for the smallest opportunity to make a genuine change in established, outgrown responses; for instance, it is learning to address each other’s difference with respect.We share a common interest, survival, and it cannot be pursued in isolation from others simply because their differences make us uncomfortable.”‍As we celebrate the progress that LGBTQ Americans have made, we will not leave behind the LGBTQ people who are black, brown, immigrant, undocumented and refugee. We will not forget that across the world, black transgender women are all too often targets of violence. If one group is not equal, then none of us are equal. Today and tomorrow, we unite with one voice to proclaim:

Our work is only possible with your support and contributions. In these unprecedented times, please consider making a financial contribution to keep our work going. Thank you.